Act of contributing or a payement imposed upon a body of persons or on the population or group of people, a sum of monney paid as a form of tax or voluntary contributed.

In certain churches a tithe or tenth to pay or give for the suport of the church or to cover the costs of the congregation or ecclesia. A form of tax imposed by certain churches to their members for religious purposes and especially for the support of the priesthood or religious establishement.
Other churches say that the administration of the Last Sacraments should be free of charge but dare to ask of the requesters a contribution (with direct price) to cover the expenses of their pastoral work and diaconal work.  According to them, the direct prices may not be a limitation however to ask for those sacraments.  They are for men that live of a low income always negotiable.  This method can give men an easy feeling that they do not beg but also give an idea how much they could contribute so not to have to give too little.  It can give the requesters a certain form of peace of mind.

In some protestant churches there is also worked with collection coupons that either become furnished at the church members or that for every visitor at the church lie ready by the coffee buffet in the church.  By others, there lies an envelope which the churchgoers can put  their financial contributions.

The Belgian Christadelhians find that the mostly suitable form for financial contribution is having a collection box or basket behind or on an inconspicuous spot, which gives the opportunity far everybody that wishes, to give a voluntary financial present discreetly.

Contributions are not have to be accounted for on the financial site.  One can contribute or furnish also by performing through work in the church community.  The foreseeing of flowers, hall decoration, taking care of the common classrooms, keeping everything clean, foreseen of the delicacies for after the service, etc give all sorts of activities, that also must be performed in the community , and where one mainly must count on voluntary co-workers.

Textually people also can contribute.  Literary writings, dissertations over Biblical and scientific subjects to discuss, can enrich the spiritual life of the entire community.  The lectures are not  always have to be provided by one man and how more people can contribute towards the church community, how more realm on spiritual understanding can become realised and how less danger there exists for an indoctrination or a concept from one person.  By bringing texts of more people several thoughts can be discussed and a larger variety of subjects and perspectives can come at bid.

The contribution can according to a promotion its till the welfare of the community.  Also contribute can possibilities create to do new things arise.

But also through gifts within the church community, the ecclesia or parish can on her turn then again contribute to the commune, the town or living environment.  Churches have shown a long tradition in the middle-class commune.  In the anglo-saxon countries it is (or has been) the custom that churches offer all sorts of peoples activities through the year.  In our regions we do not see that so much, outside by the Catholic church the renting of the parish house where then all sorts of eat festivities and other affairs are offered for the locals to meet.  Also we can see  that it are the churches who remain in the old districts as other organizations already have left. They try that to be at the disposition for the needy and try to offer help where they can.  For that lasting presence, also called ecclesiastic presention, are according to some men professionals 'indispensable'.  For them it is asked to much for the volunteers to have to  work in the districts alone.  And actually it is well so, only one person can not do all that work, but in mutual cooperation of the church members it can be made possible. Together all members can, under a particular leadership, spend attention at the problems in districts and at the role belief can play in municipalities to improvement of those problems.

The approach, understandings and methods of the Christian Community can furnish a contribution at a harmonious society and promote the luck and welfare of so much possible living beings.

The hospitality of the church community has to stretch further than the table of the Lord by which all baptised are welcome but all the others should also feel welcome to become partners to a wonderful event.

Were former parishioners quite narrowly concerned on the ecclesiastic life, now it is difficult to find volunteers and people eager to help to construct the parish community.  Many men can find no time to invest themselves with activities in the church community.  For them, the financial contribution appears the easiest manner to support  the church community.

However, when you are really interested in belief, you can not escape to fix your relation to the developments in the church community.  Everybody on this earth must come till selfresearch.  Asking yourself question about faith and in what you want to belief. What will I do with my belief, for what do I need the church community and which contribution can I furnish to that church community?  Because belief and church are not obviously any more, it is difficult to find answers to all those questions.

God needs men.  He needed Jesus of Nazareth.  But especially also: he needs us to give the love hands and feet.  In our actions Gods Light can break through. Besides, this is what Jesus wants from his followers, that they spread or carry out  the gospel further but also that indispensable love.  Each other giving life ... that can we!  That we do by stepping out of our own silly little world and to give each other attention, to take each other serious and listening to each other's  stories and urges.  By letting each other feel: I want to commit to you.  By coming  together on particular places so that every believer is able to carry out his faith and also can be of support and anchor for others.  The social contact that there can be given is in the commune of that belief group then becomes of very big importance. That is a not a neglect-able contribution. 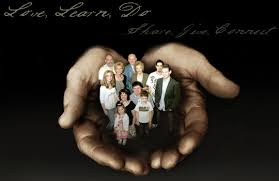 For small small belief communities, especially all those which are not supported by institutional churches, it is more difficult to remain upright and to be able to cover the expenses.  Because they already have lesser means they are tremendously limited in the carrying out of their belief and in making their belief community known to others.  The mutual solidarity between men in the small belief community can certainly remain - how small in number the community also is, if these have been built on true belief.  Then it becomes importatn for them as a small group of enthusiastic men that they can keep the fire burning and that they remain seeking to forms of being together church that can fit their community. 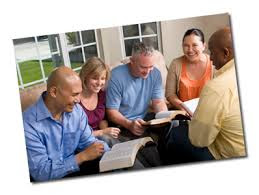 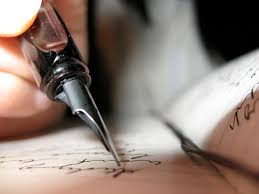 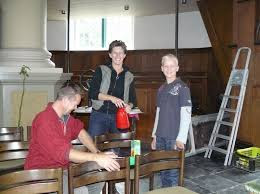