Revival of Jesus’ language at Oxford


Christ's endangered language gets new lease of life in Oxford 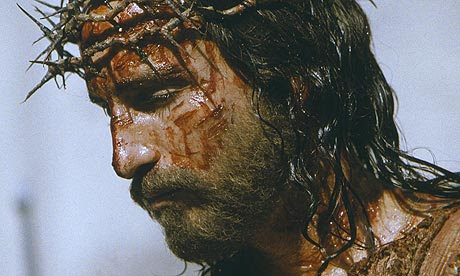 An Aramaic course offered by Oxford University is drawing scores of scholars from as far afield as Liverpool and London .
Some 56 scholars are now studying the Aramaic language there, outpacing the number of those currently studying classical Greek.It is the language that Christ spoke, but is regarded as "endangered" with ever fewer scattered groups of native speakers.
David Taylor has previously taught the language to groups of two or three people in his study, and was astounded by the turnout for his first public lesson. Though a few fell by the wayside, more than 40 stayed the course until the classes ended in time for Christmas.
John Ma, an Oxford classicist and one of the leaders of Project Arshama which organised the lessons, said: "You would probably have to go back 2,000 years to find a room so full with people speaking Aramaic – the time when Jesus would have been speaking the language."
Dialects of Aramaic – a 3,000-year-old language once spoken by millions across the Mediterranean and near east, from Syria to the borders of India – are still spoken, but Taylor believes the war may push it to the verge of extinction in Iraq.
His students were learning imperial Aramaic, from his own newly devised grammar, which is intended to be easier to learn as a beginner. They were not entirely convinced. Boris Chrubasik, an Oxford classics graduate, said: "Getting used to a semitic language is all but easy, and when the radicals start dropping one gets upset." However, he insisted staunchly: "Learning Aramaic is fun."
Most of the students were postgrad classicists like Chrubasik, but some theologians and biblical scholars came too.
Ma, a fellow and tutor at Corpus Christi, took the lessons himself and is beginning to dream in Aramaic. Very dull dreams, he admits. "Mostly verb paradigms (since there's some rote learning, as with other languages) and once saying to someone, 'Mindeam la avdeth anah' … I didn't do anything."
And he ruefully quotes a fellow student on mastering a particular vowel sound, "a guttural throat sound not unlike incipient vomiting".
However, after two lessons he could read in the original the words spoken by Christ on the cross: "My God, my God why did you forsake me." After eight, he realised to his surprise that he could understand the Aramaic dialogue in Mel Gibson's 2004 film The Passion of the Christ.
"It was very satisfying, it's not always like that when you learn a new language," he said.
The lessons were organised by Oxford University's classics faculty and faculty of oriental studies as part of Project Arshama, a collaboration between the universities of Oxford and Liverpool, funded by the Arts and Humanities Research Council. The project is focused on one of the treasures of the vast Bodleian library, the 13 Arshama letters, written on leather in the Persian empire in the 5th century BC – priceless to scholars because so many documents on parchment or clay have not survived. There will be a seminar and an exhibition on the letters next summer.
Ma has supplied some useful Aramaic phrases for the season (with a nervous eye on his tutor, because he's not quite sure he's got all his vowels right):
• "Shelam biznah qodemay, ap tamah qodemayk shelam", from a letter written 2,500 years ago, translates as "Peace here before me, and also peace over there before you", but colloquially means "I am well, and hope you're well too".
• "Anah rahem leki" (from a man to a woman) and "Anah rahmah lak" (from a woman to a man), which means "I love you".
• "Shelam we sherarat saggi hawseret leki" for "I have sent you peace and much strength".