I am that I am Ehyeh-Asher-Ehyeh אהיה אשר אהיה

There was a devine creature that gave Moses a reply when He was asked who he was and said: "I am that I am" or "I am who shall be" and He became known as the "I am": Ehyeh asher ehyeh (Hebrew: אהיה אשר אהיה )
“God said to Moses, "I AM WHO I AM.  {Or I WILL BE WHAT I WILL BE} 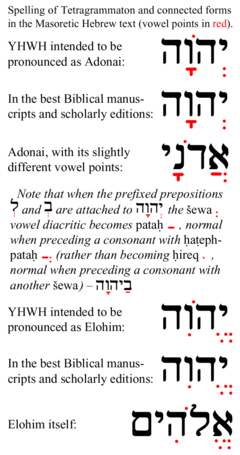 
The Tetragrammaton itself derives from the same verbal root.  The King James version of the Bible translates the Hebrew as "I am that I am" and uses it as a proper name for God, and is usually translated as "I will be"
(or "I shall be").

The Aramaic Targum Onkelos leaves the phrase untranslated and is so quoted in the Talmud (B.  B.  73a).

Many rabbinical scholars consider the word Ehyeh to be a first-person derivation of the Tetragrammaton.  Ehyeh is the first-person singular imperfect form of hayah, "to be".  Ehyeh is usually translated "I will be", since the imperfect tense in Hebrew denotes actions that are not yet completed (e.g.  Exodus 3:12, "Certainly I will be [ehyeh] with thee.")

“And he said, Certainly I will be with you; and this shall be a token to you, that I have sent you: When you have brought forth the people out of Egypt, you shall serve God upon this mountain.” (Exodus 3:12 KJBPNV)

In medieval Jewish tradition they liked very much this form to talk about the Most High Creator of everything.
The phrase is also found in other world religious literature, used to describe the Supreme Being, generally referring back to its use in Exodus.

But it is also used just to indicate that God or somebody else would be or would be with some one or somewhere.

“stay in this land, and I will be with you and bless you, because I will give all these lands to you and to your descendants.  I will fulfill the oath which I swore to Avraham your father—” (Genesis 26:3 CJB)

“ And I have brought them in, They have dwelt in the midst of Jerusalem, And they have been to Me for a people, And I am to them for God, In truth and in righteousness.” (Zechariah 8:8 YLT)

In appearance, it is possible to render YHWH (יהוה ) as an archaic third person singular imperfect form of the verb hayah (אהיה) "to be" meaning, therefore, "He is".  It is notably distinct from the root El, which can be used as a simple noun to refer to the creator deity in general, as in Elohim, meaning simply "God" (or gods).  This interpretation agrees with the meaning of the name given in Exodus 3:14, where God is represented as speaking, and hence as using the first person — ehyeh "I am".  Other scholars regard the triconsonantal root of hawah (הוה) as a more likely origin for the name יהוה   Yahuwah (Jehovah).

Email ThisBlogThis!Share to TwitterShare to FacebookShare to Pinterest
Labels: I am, I am that I am, I am who I am, ik ben die ben, ikben, jawhe, jehovah, naam van god, yhwh