Jeshuaists or Followers of Jeshua

Because there being lots of Messianics (Messianic Jews and Messianic Christians) who say they are following the Nazarene master teacher Jeshua, but having made him into their god, several Messianic Jews as well as some Christians want to separate or distance themselves from those trinitarian believers.

Jeshua-ists are believers in only One God, the God of Israel. The God about Whom Jesus came to tell and show the Way to Him. for Jeshua-ist there is no place for worshipping a three-headed god. For them there is only One True God, Who was and is the God of Abraham and Jesus.

Jeshua-ists want to honour the Nazarene Jewish rabbi and want to make his name better known. They want to let the people know that he is the Way to God and the sent one from God who gave his life as a payment for the sins of all, to redeem them from slavery of death for sin. 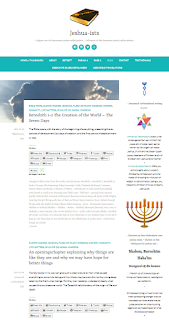 The majority of Jeshua-ists may have a Jewish background, but there is also a connection made with non-trinitarian Christians who follow the same master teacher and Messiah Jesus Christ..

You may find some WordPress Jeshua-ist websites on the net:

A personal site with the name Jeshuaist

A personal site of Immanuel Verbondskind