Helping against or causing more homophobia

Everywhere in the world we see that there is a growing trend of verbal/physical abuse and life threatening violence by friends, family members, teachers, mobs and in worst case by the law enforcement officers from time to time to people who do not fall into the mainstream or to those who are considered 'queer'.

Can you believe in the fact that organisations could make a difference? Is it possible that the physical, spiritual, social and economic well-being of communities can be greatly influenced to the good by effectively mobilizing religious societies to collaborate for change?

The Interfaith Consortium in partnership with United for Life Ethiopia, the local Pro-life, western Conservative Evangelicals ally organized two national anti-homosexuality conferences and pass a joint statement to plea the government to further restrict the practice of homosexuality in December, 2008 at UN Convention Center and June, 2012 at the newly built African Union headquarter in Addis Ababa.

According to rainbowethiopia1the corrupted and politicized Interfaith Consortium is unfortunately, doing nothing and remains silent in several pressing issues of the country; when the government was repeatedly and openly criticized by international human rights and press organizations as well as by some government officials from the European Community and United States for its abuse of freedom of the press and civic association and human rights since the introduction of  the restrictive charities and societies, press and anti-terrorism laws.

Read more about it: Is the Ethiopian Interfaith Forum for Development or for Homophobia??? and the Support from The President’s Emergency Plan For AIDS Relief (PEPFAR/Emergency Plan) ??? 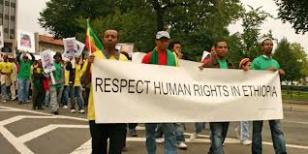