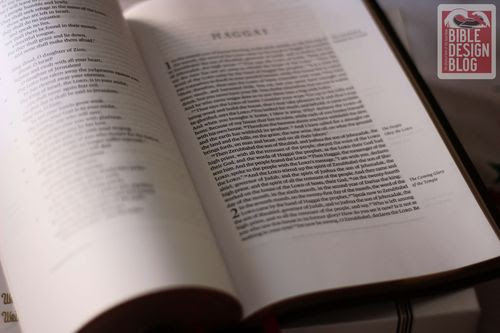 Crossway had made the decision to introduce the first ESV not to be paragraphed. New Bible ideas go through multiple stages of review by the committee before approval and publication. Usually this process begins with the review of a brief proposal and summary of the new idea. Then it progresses to a careful review of sample pages and proposed specifications.  The initial idea for the Legacy Bible originated in 2009. 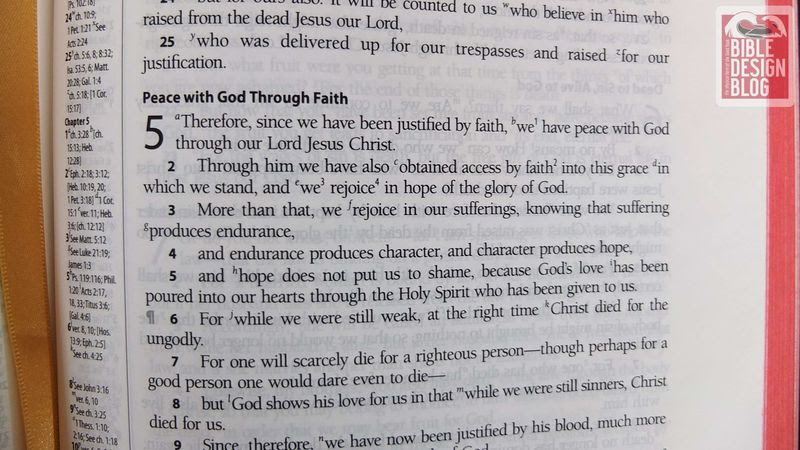 From the mid-sixteenth century to the mid-twentieth century, double column, verse-per-line text settings were the norm. Every Bible looked like an old KJV (then again, most of them were old KJVs).
Over the past fifty-odd years, however, Bibles have tended to be presented in paragraphs, the way other books are formatted. That was true of the ESV when it was released in 2001.
Single column Bibles were a rarity until recently. The success of the Message Remix brought them into the mainstream, but a number of years passed before other translations got into the game. The first efforts, while promising, did not quite manage to pull off the difficult balancing act inherent in rendering the vast text of Scripture in readable novel-like page spreads.

The Single Column Journaling Bible is printed and bound in China, opens flat from Genesis 1.1 forward, and is sold at a affordable price.


Read more about it: