TV literary adaptation of The Bible 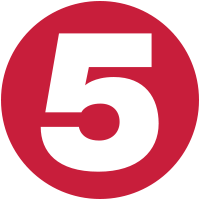 After the US screenings of The Bible, shown on Channel 5 in UK last night, bookstores 'couldn't believe how many people came in to buy Bibles' and one pastor alone baptised 3000 people. Quick - grab some free Bibles and a paste table - let's get out there!

According to Benji Wilson the minor literary adaptation: The Bible, is a visually stunning, epic adaption of a selection of the major stories from Genesis to Revelation. It was the number one cable series this year in America. The opening episode was seen by 13.1 million viewers, the highest 2013 figure for a cable channel.


Burnett simply doesn’t seem to be able to make TV that people don’t watch in their droves, yet he admits that even with some of the totems of reality television, not to mention countless millions, behind him, he wanted to make something he might be proud to show his grandchildren.

“We were very aware that our shows like The Apprentice come and go. But with The Bible we fully believed people would be watching it in 30 years. It’s much more meaningful. This is certainly the most important thing I’ve ever done.”