In 1914 a cinema was designed by Stokes Croft local architect William Henry Watkins and was originally called the Cheltenham Cinema.
The Cheltenham Road cinema was considered one of the grandest in the city.
Although it changed its name several times, the building was used as a cinema until 1955 when it was converted into a church by the Christadelphian community.
After 44 years having been a place for Bible study and prayer, the community sold the building to  the JD Wetherspoon pub chain in 1994. At the time of the sale the former cinema was given listed building status.
The building was converted and an extension added and was renamed The Magic Box. The pub closed in 2006 and in 2007 planning permission was granted to turn the pub into a comedy club.

As in other parts of Europe the Muslim community is growing and they need places to bring their people together. This way a planning application has been lodged with the city council to convert the boarded-up building on Cheltenham Road into an Islamic Centre. 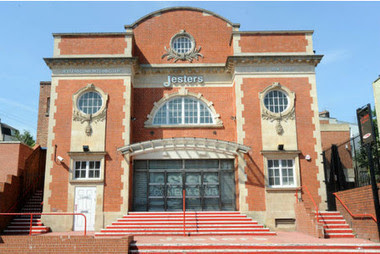