ISIS has released pictures of the destruction of St. Elian's place in Homs and the Baalshamin Temple in Palmyra

ISIS has released photos of the destruction of St. Elian's tomb, chapel and monastery in Homs, Syria. 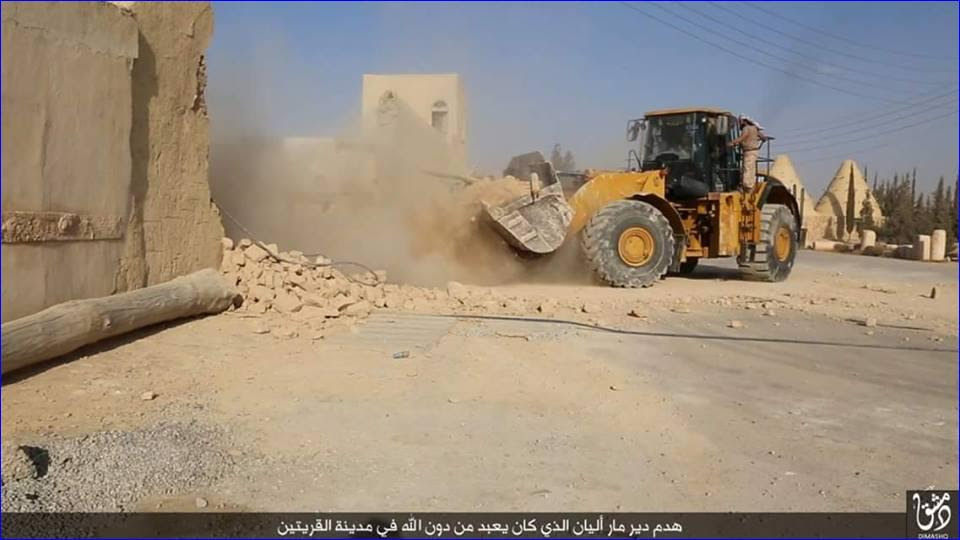 The abbot of St. Elian Father Jacques Mouraud was kidnapped in the area on May 21st and is still missing.


On Sunday, Syrian activists reported that the ISIS militants blew up the Baalshamin Temple, which dates back to two thousand years, in the ancient city of Palmyra in central Syria.
Maamoun Abdulkarim, Syria’s antiquities chief, said ISIS placed a large quantity of explosives in the temple of Baalshamin on Sunday and blew it up, causing much damage.
“Our darkest predictions are unfortunately taking place,” Abdulkarim told the AFP news agency.
The Syrian Observatory for Human Rights confirmed the destruction of the temple.
Another Turkish-based activist, who is originally from Palmyra, told the AP news agency, that sources from the city said the temple was blown up today.
The ancient city, which is a Unesco World Heritage site, is famed for its well-preserved Greco-Roman ruins, and the Baalshamin temple, built nearly 2,000 years ago, is one of the city’s best-known buildings.