Most probable and accurate image of Jesus Christ according British scientists

British scientists used the forensic anthropology, used by police for solving crimes, to put together the most probable and accurate image of Jesus Christ the Messiah.
According to this portrait, Jesus is not the light skinned man he was posed to be throughout history in the West, where the Caucasian Jesus was almost presented to bring out the white supremacy, being the race which would be like Jesus or like many Christians would say like God.

For many centuries certain Christians wanted to believe man created in the image of God was white and therefore Jesus had to be white and God should be white because he is an all knowing supreme being, and lots of white Christians considered coloured people as the lesser beings of this world.
According to certain Christians for ages the black human beings, often called monkeys, were given to mankind to serve them and therefore could be sold as slaves. To say Jesus would have been coloured is still an insult for them.

Regularly around Christmas we are confronted with arguments about the colour of Jesus Christ, when somebody tried to put a coloured baby in the crypt or mangler.

For the purpose of their prediction, the scientists studied three skulls found at the archaeological dig sites and were able to draw a possible share of Jesus' facial muscles and his head. However, the colour of his skin and hair could not be accurately predicted. The discovery was made after the researchers examined a few drawings that they found in Israel and that explains the dark skin, flowy hair and Jewish beard. The latest image by the scientists is an absolute contrast to the traditional image portrayed in the pictures and paintings that we are used to seeing, reported AOL.

The retired medical artist Richard Neave, created the face of 'Jesus' by analyzing the Semite skulls by employing the modern day techniques that are used in forensics.

The portrait he made shows a stronger build person than we  are used to figure when we think of Christ. Most people look strange when they hear that Jesus' face may have been wide, his eyes dark and his beard bushy with short curly hair and be tanned, but when they would consider how many hours Jesus was walking and preaching outdoors in the sun that should not surprise them.

Many people also do forget the origin of Jesus Christ; Though there are many Christians who believe it was God who came to the earth, according to the Bible it was Maria who gave birth to her son who was recognised by God as His only begotten son and not Him. Being part of Mary, from the tribe of King David, Jesus would have the DNA string of that tribe and as such would have been a Palestinian, having from birth already a darker skin than Europeans.

Jesus his dark skin and his features were typical of the Middle Eastern Jews located in the Galilee area in Northern Israel.

According to Dr. Neave, the portrait is of an adult man who was alive in the same era as Jesus and lived in the same place. The experts also say that his depiction of Jesus is likely to be more accurate than the paintings made by some of the most famous masters.
The technique uses archeological and cultural data along with those that are used to solve crimes, said Daily Mail. Detectives used the Turin Shroud, believed to display a picture of Jesus and then created a similar fit from that material. 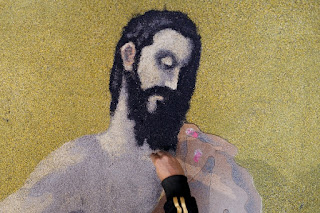 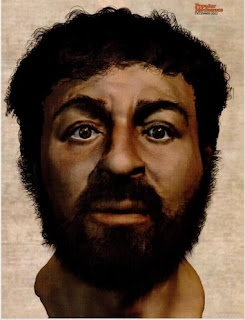 A season for truth and peace
A dark skinned Jesus