Views on relationship between government and religion

Views on relationship between government and religion

Generally speaking, Western Europeans do not look favourably on entanglements between their governments and religion. Indeed, the predominant view in all 15 countries surveyed is that religion should be kept separate from government policies (median of 60%), as opposed to the position that government policies should support religious values and beliefs in their country (36%). 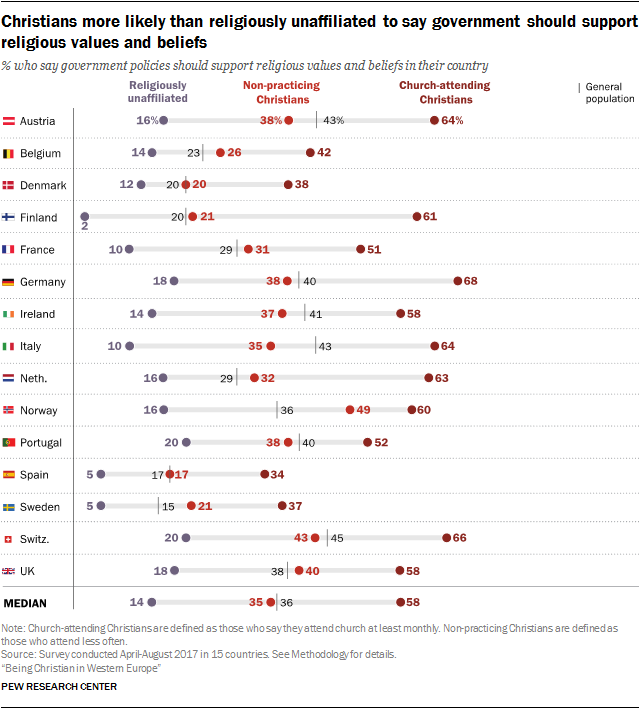 Church-attending Christians hold especially positive opinions about the role of religious organizations in society. For example, nearly three-in-four churchgoing Christians in Belgium (73%), Germany (73%) and Italy (74%) agree that churches and other religious institutions play an important role in helping the poor and needy. (For more analysis of results on these questions, see Chapter 6.) 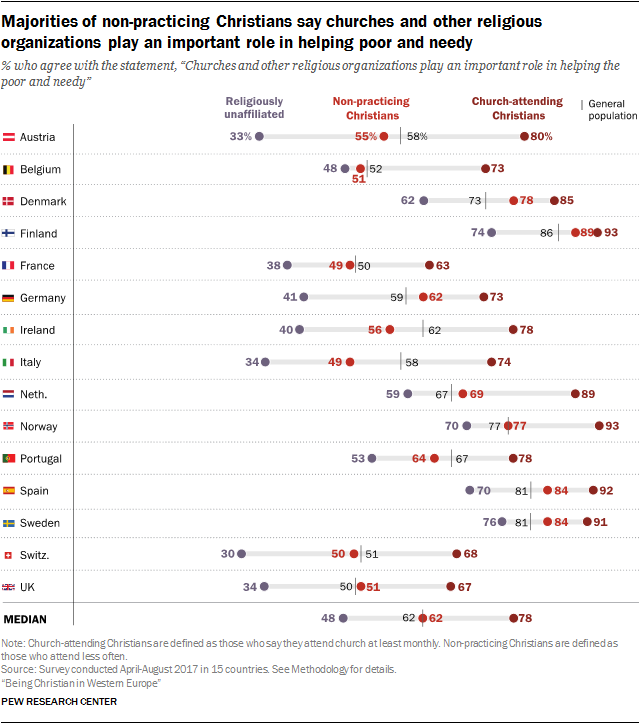