Our stance against certain religions and immigrating people

Though crime may have decreased, lots of people do think there is more criminality than a few years ago. We can see that there is a lot of discrepantion in the ciphers and real feeling.

Statistics which have been made recently are based on extensive crime survey research and not police figures. though some people suggested that the national statistics must be masking concentrations of problems on deprived housing estates, where life gets ever more brutal. Yet others suggested conspiracies of data-fiddling or statistical jiggery-pokery.

When people walk on the streets of big cities they see more foreign faces and people who clearly show to be from an other culture. Perhaps this frightens them more than they nod to have fear. The unknown cultures frightens them off.
Many want to blame the migrants for  the crimes taking place in their environment. It does not help when youngsters of foreign origin are related to certain crimes which reach the news.

Ally Fogg of the Guardian writes:


Criminologists have documented extensive evidence of correlations, and some causal relationships, between fear of crime and negative psychological and physiological outcomes. It is commonly cited as a factor in the development of many mental health conditions. Other research invites caution. While people may report generalised anxiety about crime, they often struggle to recall many occasions when they have themselves felt fearful at the time. Of course, this could be explained by individuals adapting their lifestyles to avoid or avert situations they perceive as risky, and one of the most damaging effects of excessive fear may be on social capital – the benefits accrued by communities when neighbours meet in shared spaces, relate to each other and help and support each other.

Sceptics might suggest that the fear of crime has in itself helped to reduce actual levels of crime. If everyone lived behind reinforced shutters, only venturing out to drive a steel box from one locked garage to another, then of course there would be a reduction in crime. This is rather belied by data showing that family violence within the home is declining just as rapidly as stranger violence outside. It would appear that it is not just the opportunities to commit crime that are declining, but the motivation too.

Can anything be done to reduce fear of crime? It won't be easy. Psychology has taught us how cognitive biases skew our perceptions of risk. Neurologists explain that we have evolved physiological and emotional mechanisms to identify and avoid physical danger, which operate far more quickly and effectively than any conscious rationalisations. Newspaper editors and broadcasters have always known what sells their products and rule No 1 in the book is this: if it bleeds, it leads. Charities and campaigners have little incentive to report good news and progress made. Those who would stoke unease about immigration and community cohesion have always found fertile ground in fear of crime. Politicians realise there are very few votes to be won in calm reassurance that things are, in one respect at least, improving. The prevailing mood is always that the world is going to hell in a handcart, and woe betide any political candidate who suggests otherwise.

All in all, just about the only people who have nothing to gain from disproportionate anxiety are those who experience it. Acknowledging the truth may be difficult for some but the alternative is to live with needless stress and ill health, to wilfully accept a narrative that corrodes communities, degrades our society, and propagates racism, class prejudice and fear. 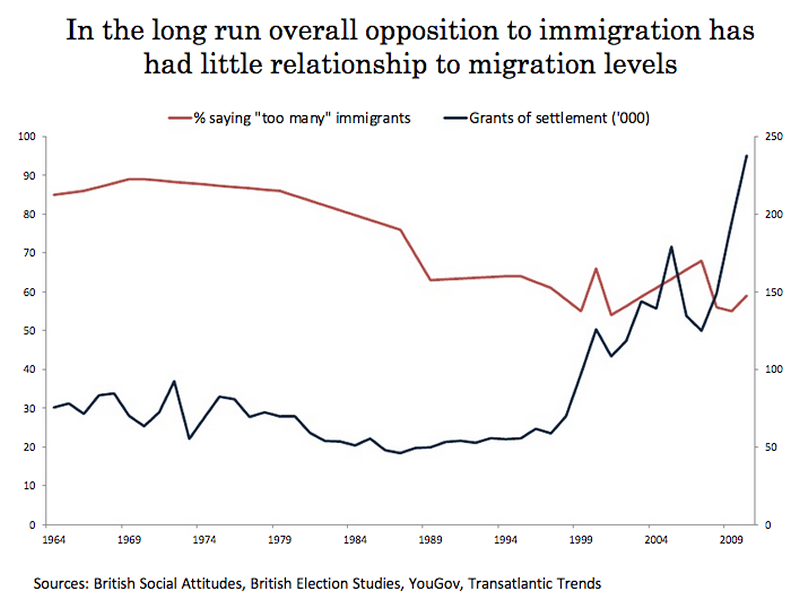 
Please do find the articles: