Though in the Chalcolithic period humans were still using stone tools, they also began to create high-level ceramics and for the first time, copper tools as well, plus from findings found at the old Arad showed that there might have been a high literacy rate in Judah at the end of the First Temple period

The Chalcolithic period is by some considered a bridge between antiquity and modern human communal existence.

While scholars agree that key biblical texts were written starting in the 7th century BCE, the exact date of the compilation of these books remains in question.

A profusion of literate individuals in Judah may have set the stage for the compilation of biblical works that constitute the basis of Judahite history and theology, such as the early version of the books of Deuteronomy to Second Kings, according to the researchers of the Tel Aviv University who published some new resutls from excavations in the old city of Arad.

As far back as 7,000 years ago there were settlements in Jerusalem.
A dig in the annexed east Jerusalem neighbourhood Shuafat revealed two homes with parts of walls and floors intact, as well as “pottery vessels, flint tools, and a basalt bowl” characteristic of the Chalcolithic era, the Israel Antiquities Authority said at the beginning of this year.

Putting the results together we may assume that literacy by certain groups existed at all levels of the administrative, military and priestly systems of Judah and that reading and writing were not limited to a tiny elite. 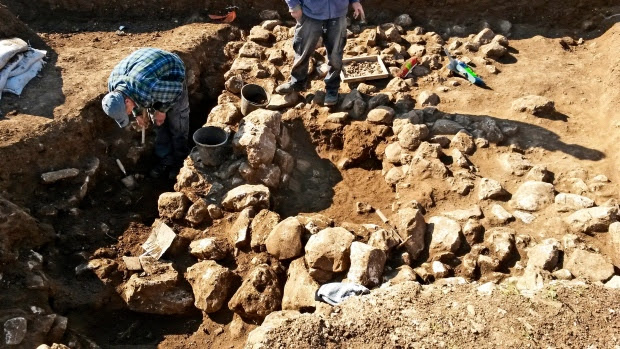 > Read more about it in:

Old Arad and Widespread literacy in Judah in 600 BCE