On the 30th of November a "Lastige Vragensteller" or "Troublesome Asker or Inquirer" started placing his questions and responses on WordPress. Questiontime-Vragenuurtje has already touched some controversial subjects. Querrying about this world – Deze wereld bevragend, you may find articles in English as well as in Dutch. In the articles is being looked at writings from Muslim, Christian and Jewish teachers and are those teachings from the different groups compared. Being a site for people from the Muslim community you may think it would not be interesting for Christians; Though they better look at those writing which can shed a light on what is wrong in the teachings of Muslims but also on what is wrong in the teachings of many Christian groups. 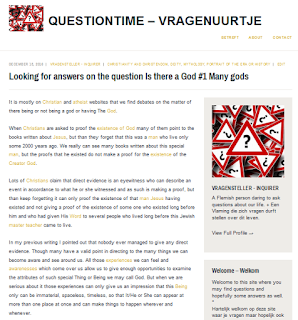 A few days later, just before the celebrations of Chanukah, Immanuel Verbondskind started a blog with similar intentions, showing the world where Jews, Christians and eventually also Muslims have different groups who often go wrong in their teachings because they are not keeping to what is really written in what they call their Holy Scriptures.

For the "Tiresome Questioner" and "Immanuel Verbondskind" it should be clear that man has to keep to the Given Word of the Most High Almighty God of gods. Both recognise that this world has many gods but that there is only One True God to Whom all people should come. It is That Almighty Elohim, they say, Who is expecting mankind to come back to Him in a restored relationship.

On both sites shall be looked at religions where their members say that they are monotheists, like the Christians say so, though lots of them worship a Trinity, and as such worshipping three gods.

For both of them it is clear that man may have drifted from the truth because they do not read the Word of God. We have to find it again. It is also the task of lovers of God to show others that Word of God and the Truth. For that reason I also want to invite you to have a look at both new sites and to thing about the material presented over there.

It might well be that you do not belong to a religious groups similar to that one of the writers,but let it not hold you back to enjoy their writing and to react there where you think it is necessary. 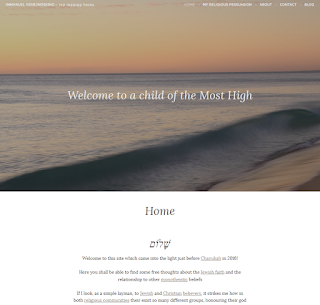